How Community Dining is Being Built 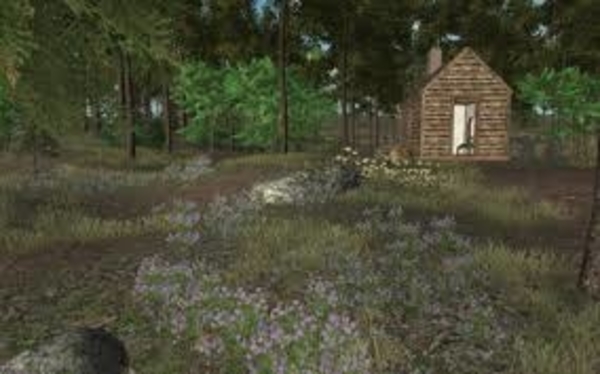 “Why should we be in such desperate haste to succeed and in such desperate enterprises?  If a man does not keep pace with his companions, perhaps it is because he hears a different drummer.  Let him step to the music which he hears, however measured or far way.  It is not important that he should mature as soon as an apple tree or an oak.  Shall he turn his spring into summer?

There was an artist in the city of Kouroo who was disposed to strive after perfection.  One day it came into his mind to make a staff.  Having considered that in an imperfect work time is an ingredient, but into a perfect work, time does not enter, he said to himself.  It shall be perfect in all respects, though I should do nothing else in my life.  He proceeded instantly to the forest for wood, being resolved that it should not be made of unsuitable material; and as he searched for and rejected stick after stick, his friends gradually deserted him, for they grew old in their works and died, but he grew not older by a moment.  His singleness of purpose and resolution, and his elevated piety, endowed him, without his knowledge, with perennial youth.  As he made no compromise with Time, Time kept out of his way, and only sighed at a distance because he could not overcome him.”

I previously explained the shifted focus of Community Dining, which is headed more towards curated private home-based dinners and have posted a further explanation on my blog:

I now want to elaborate on how I am building the Community to give each of you an understanding of what you are part of.  Since I began this endeavor, I have kept detailed records of interactions I’ve had with over a thousand people who have expressed interest in Community Dining.  Much like the material referenced by Thoreau that the artist used to make his staff, each of you represent valuable building blocks for creating the perfect community, not because I or any of you are perfect, but rather because after great effort I have made searching for the right components without regard to time, you each help make up the highest quality foundation.

I intend to use this information I have gathered to create the best possible experiences for guests.  Now I will not only continue to put significant thought into the quality of the meal sourcing, but I will also send out personal invitations for private home-based dinners and share personal biographies of each host and guest with other guests.  Having this kind of information will help me get to know people better and make more meaningful introductions.  For example, if I know someone who has a passion for the planet, socially conscious companies, or animal welfare or a background in film-making, food science, photography, or social psychology, I can gain a better idea of who to invite and connect to ensure that each guest has the opportunity to interact with other guests who share similar interests, which will help stimulate more substantive dialogue. 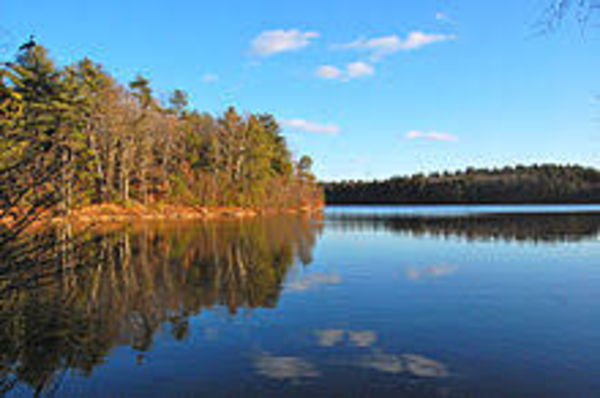 “Paradoxical as it may seem, the purposeful life has no content, no point.  It hurries on and on, and misses everything.  Not hurrying, the purposeless life misses nothing, for it is only when there is no goal and no rush that the human senses are fully open to receive the world.  Absence of hurry also involves a certain lack of interference with the natural course of events, especially when it is felt that the natural course follows principals which are not foreign to human intelligence.”

Alan Watts, The Way of Zen

Many people have asked about our Community’s purpose and mission, but neither a purpose nor mission exists any more than for any other activity I enjoy.  I would much rather maintain the kind of vitality possessed by the artist with “singleness of purpose and resolution” and go at my own pace pursuing what resonates internally than grow old while carrying on a mission that numbs my senses and drains my energy.

Two instances in which my senses were completely engaged were at the age of two when I would look forward to going outside simply so I could smell my neighbor’s flowers and a recent class I took in self defense.  While these activities seem very different, in each instance I tuned out all distractions to focus on what I was doing and felt like nothing else existed, and for this reason, did not feel hurried.  I can’t say this about everything that I do, but I know that in each of these instances I made the most of my experience.  So I want to make sure our Community does not take on a purpose beyond the enjoyment of the experience or serve as a benchmark for success measured against other private clubs or “social enterprises”.  Otherwise, what we have built will begin to lose its youthful essence and slowly decay.  I owe it to myself and each of you to continually inject this authentic spirit into our Community and always be as engaged as possible.

Psychology Professor Robert Cialdini in The Psychology of Persuasion cites a social experiment where two groups of people walk over to another building to give a speech on being a Good Samaritan.  One group was told they were in a hurry, while the other group was not.  There was a man placed on the path to the building who was in need of medical attention.  The group who was told they were in a hurry had a much greater number of people ignore the man – in the name of being a Good Samaritan!

This experiment demonstrates what happens when we hurry.  We tend not to fully feel and take in the world and lose our sense of humanity.  I confess I still often feel hurried, but as I’ve grown professionally and personally, I’ve learned to heed Ferris Bueller’s immortal words: 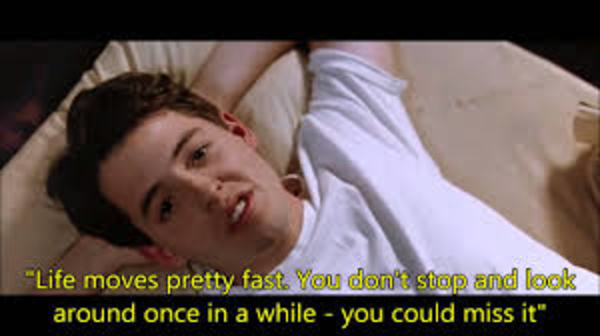