Although events are on hold, I still wanted to provide a forum to discuss everything that’s going on in the world.  So I am going to be hosting smaller gatherings through Zoom.  If you are interested in participating, let me know.

Here are some questions that have been on my mind.  I’m certainly interested in hearing what all of you have been thinking as well!

How do you feel about the phrase, “Just stay home”?  Does this resonate with you?  If not, how might you express your sentiments differently? 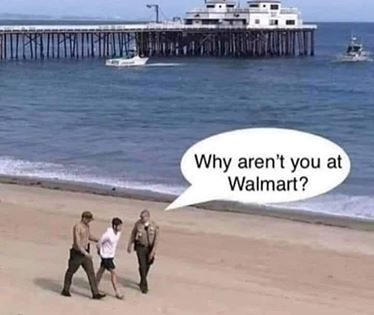 How far should we go to enforce rules that keep people safe?  Is this story an example of going too far or are these types of arrests necessary?

For those who you disagree with, how much effort have you made to understand their position?  This article provides great insight about what people are thinking and why.

Should we obey laws that violate our conscience?  Can we trust people to decide which laws are unjust? Do we have a duty to obey laws we disagree with in order to preserve social order?

“If the injustice is part of the necessary friction of the machine of government, let it go, let it go: perchance it will wear smooth–certainly the machine will wear out… but if it is of such a nature that it requires you to be the agent of injustice to another, then I say, break the law. Let your life be a counter-friction to stop the machine. What I have to do is to see, at any rate, that I do not lend myself to the wrong which I condemn.”– Henry David Thoreau, Civil Disobedience

“Unjust laws exist; shall we be content to obey them, or shall we endeavor to amend them, and obey them until we have succeeded, or shall we transgress them at once? Men generally, under such a government as this, think that they ought to wait until they have persuaded the majority to alter them. They think that, if they should resist, the remedy would be worse than the evil. But it is the fault of the government itself that the remedy is worse than the evil. It makes it worse. Why is it not more apt to anticipate and provide for reform? Why does it not cherish its wise minority? Why does it cry and resist before it is hurt? Why does it not encourage its citizens to be on the alert to point out its faults, and do better than it would have them?” – Henry David Thoreau, Civil Disobedience

“An individual who breaks a law that conscience tells him is unjust, and who willingly accepts the penalty of imprisonment in order to arouse the conscience of the community over its injustice, is in reality expressing the highest respect for the law.”– Martin Luther King, Jr.

“An unjust law is itself a species of violence. Arrest for its breach is more so. Now the law of nonviolence says that violence should be resisted not by counter-violence but by nonviolence. This I do by breaking the law and by peacefully submitting to arrest and imprisonment.” – Mahatma Gandhi

Who should decide what businesses are essential?  Can we trust each other to make those decisions (meaning the customers) or do we need authorities to decide which businesses can legally operate and enforce rules backed by police?

Are lockdowns in every part of the world warranted to combat the spread of the coronavirus and prevent our health care facilities from being overwhelmed?  Should an area’s demographics play a role in determining the rules?  Should Montana have the same rules as New York?

Do we need a strong leader and pyramidal, vertical power structures to maintain social order?  Or should we humbly accept that our innately complex behavior gives rise to unpredictable outcomes and that social order arises from the way in which law professor Butler Shaffer once described?

“I believe that social order is the product of unseen, spontaneous influences of which most of us are not consciously aware. The study of economics helped me to understand how we respond, marginally, to fluctuations that are continuously generated by one another’s self-seeking pursuits. I also came to understand that politics – like a rock thrown through a spider’s web – disrupts these informal processes as well as the existing patterns of interconnectedness upon which any social order depends.”

Unlike other countries, Sweden has resisted a lockdown.  What are the benefits and drawbacks to this strategy?  How do their results compare to other countries?

Some governments are asking people to report their neighbors who are engaging in forbidden activities such as taking walks outside. What are the consequences of this approach?  Is maintaining an atmosphere of trust secondary to containing the virus?

Should the concern about the effects of poverty and unemployment be as important as the direct effects of the virus?  How will the closing of hospitals affect public health both in the short and long-term?

Does the idea of everyone going back to work mean we are risking lives for the economy?  Are economic costs separate from human costs?  Or are they connected?  If so, what is the connection?  What are examples of each?

Should we strive for herd immunity even if it’s only short term?

Is this doctor’s view an outlier, or is it consistent with other public health experts?

“If all we do is flatten the curve, you don’t prevent deaths. You just change the dates.”

“There’s a middle path. And the middle path essentially is high risk people are protected from exposure. Low risk people go out in the world early. And here’s the odd part that I think people have a hard time confronting and accepting. We actually kind of want to get this and get it over with and be immune because that is the path to the all clear that doesn’t require us to wait for a vaccine which optimistically is 18 months away, but could be much longer.”

Maybe there’s a real opportunity here for an “aha” American moment that’s between the extremes of left and right where we all say, “Yeah, actually we all want to save as many lives as possible”. And one of the interesting things is sort of the left side of the spectrum, the liberal ideology that seems to be so resistant to talking at all about unemployment and the economy. But that’s the very same camp that tends to appreciate that the single leading driver of bad health outcomes is poverty. Social determinants of health are massively important. So you know frankly, 30 million people unemployed – that falls disproportionately hard on the people who can least bear the unemployment, who are at most risk of food insecurity, who are at most risk of depression, addiction. All of that’s important too. So maybe there’s a real opportunity here to say, “Hey, there’s a middle path we’ve been neglecting it. It’s the way through this thing.” And it leads to total harm minimization. We want to minimize deaths and severe cases of the infection. We all want to minimize the fallout – the health fallout of societal collapse and economic ruin.”

How important is it for us to build our immune system, and does continually staying at home strengthen or weaken it?

Should we continue to print enough money and distribute it to people in need until they have enough to support themselves?  Does it matter if some people are making more in subsidies than they would have made by working?  Is the long-term devaluation of our dollars through money printing worth the short-term benefits?

The Tide is Out and Everyone’s been Swimming Naked (explanation of inflation):